April 6, 1:00 EDT: Karen Levy (Asst. Prof. Sociology and Associate of the Law School, Cornell Univ.) presents as part of our series on Bias in AI, on “Robotruckers: The Double Threat of AI for Low Wage Work”

Abstract: Much attention has been paid to the risk artificial intelligence poses to employment, particularly in low-wage industries. The question has invited well-placed concern from policymakers, as the prospect of millions of low-skilled workers finding themselves suddenly without employment brings with it the potential for tremendous social and economic disruption. Long-haul truck driving is perceived as a prime target for such displacement, due to the fast-developing technical capabilities of autonomous vehicles (many of which lend themselves to the specific needs of truck driving), characteristics of trucking labor, and the political economy of the industry. In most of the public rhetoric about the threat of the self-driving truck, the trucker is seen as a displaced party. He is displaced both physically and economically: removed from the cab of the truck, and from his means of economic provision. The robot has replaced his imperfect, disobedient, tired, and inefficient body, rendering him redundant, irrelevant, and jobless. But the reality is more complicated. The intrusion of automation into the truck cab certainly presents a threat to the trucker, but the threat is not solely or even primarily experienced, as it is so often described, as displacement. The trucker is still in the cab, doing the work of truck driving—but he is joined there by intelligent systems that monitor his body directly. Hats that monitor his brain waves and head position, vests that track his heart rate, cameras trained on his eyelids for signs of fatigue or inattention: these systems flash lights in his face, jolt his seat, and send reports to his dispatcher or even his family members should the trucker’s focus waver. As more trucking firms integrate such technologies into their safety programs, truckers are not being displaced by intelligent systems so much as they are experiencing the emergence of intelligent systems as a compelled hybridization, a very intimate incursion into their work and bodies. This paper considers the dual, conflicting narratives of job replacement by robots and of bodily integration with robots, to assess the true range of AI’s potential effects on low-wage work..

About the series: Artificial Intelligence (AI) systems are poised to offer potentially revolutionary changes to fields as diverse as healthcare and traffic systems.  However, there is a growing concern both that deployment of AI systems is increasing social power asymmetries and that ethical attention to those asymmetries requires going beyond technical solutions and incorporating research on unequal social structures. Because AI systems are embedded in social systems, technical solutions to bias need to be contextualized in their interaction with those larger systems.  This series explores problems and solutions in making AI more just.  Earlier talks by Ben Green, Serena Wang, Alex Hanna and Ngozi Okidegbe are archived on the Center's YouTube Channel. 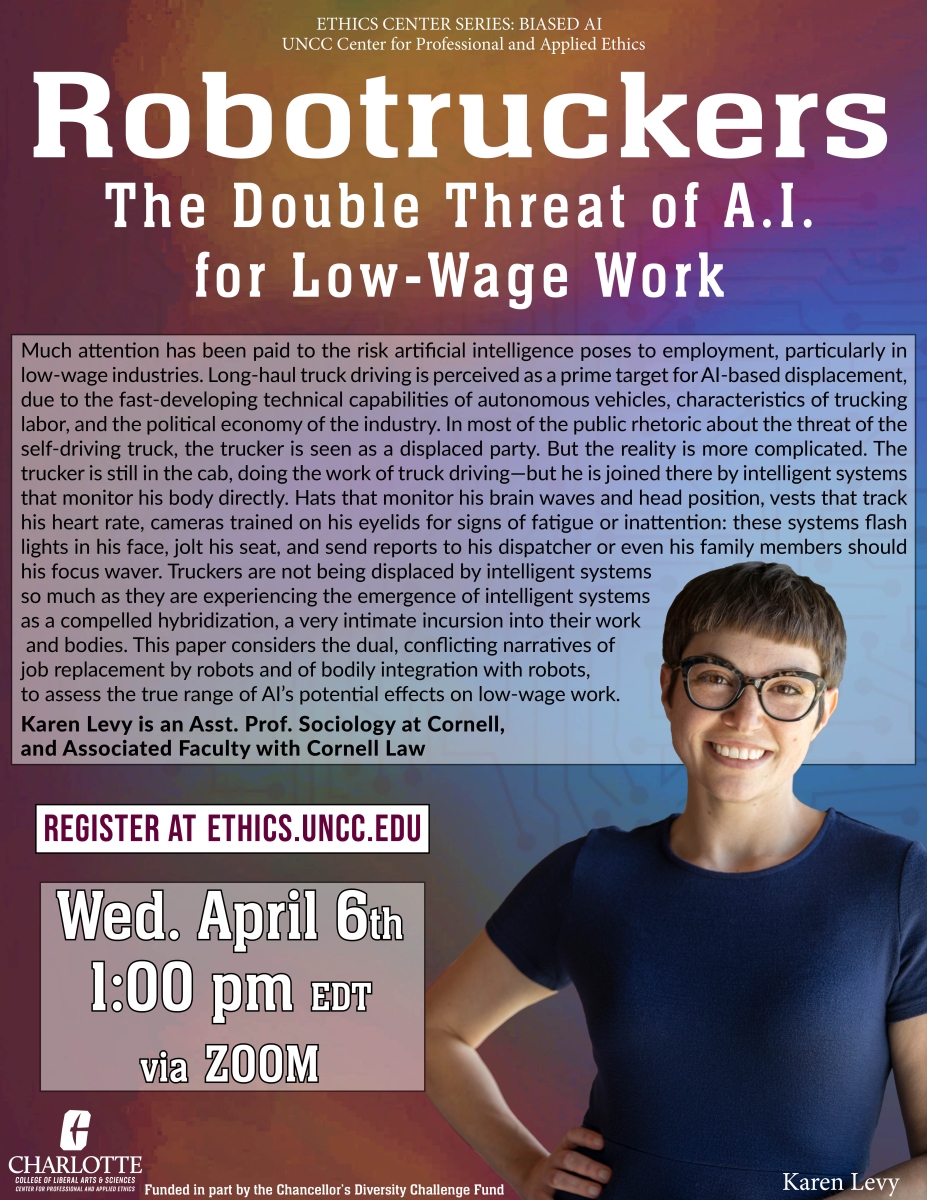